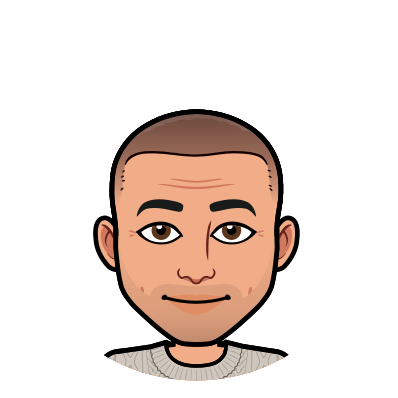 Brad was born in Chicago, IL in 1979 – where his father’s family was from and where his mother moved after leaving Cleveland, Ohio to attend college.  In 1985 the family moved to South Florida where both sets of grandparents had moved to escape the midwest winters.  It was here in South Florida that Brad (Age 8) began taking guitar lessons at the Hi-C music store among the stacks of Marshall amplifiers and walls of 80s electric guitars and discovered the passion for music that drove most of his educational and professional choices.

These lessons continued through middle school and earned him a spot playing guitar in the high school jazz band.   With his friends in the rhythm, he began exploring multi-track recording, synthesizers, drum machines, and samplers.  At the same time with a separate slightly more moronic group of friends, he tried fitting the most amount of speakers, subwoofers, and amplifiers possible in his sister’s honda civic – Miami Bass had made its way to Boca Raton.  Brad was able to finance his insatiable need for new audio electronics and further his creative exploration while working his senior year as a sandwich artist at Subway.

Brad continued working through college: first in sales at the Radio Shack his freshman year, then as a DJ and eventually DJ/promoter for Thursday college nights out in downtown Atlanta and buckhead.  After graduating Emory University in 2001 with a BS in Computer Science and Economics, he moved to New York were he found a job at Stereo Exchange on Houston and Broadway.  It was here that he was introduced to the world of audiophile sound systems and smart-home system programming with Crestron.  Not knowing that this job would be his eventual career and business, he pursued a Masters in Music, Science & Technology at Stanford University’s Center for Computer Research in Music and Acoustics.

After graduating this one year program, Brad found that his studies in electrical engineering, human computer interaction, digital signal processing, and recording techniques were a great background to continue working in the world of high-end audio, home theater, and home automation.  After working his way up as a programmer and project manager at the top home-automation businesses in the Bay Area and Los Angeles, he went back to school full-time to get his MBA at USC.  During his second year he formed the Symphony Integrated Systems, LLC and business plan that would serve as the foundation for his entrepreneurial pursuits over the next decade.  Upon graduation in 2010, Brad partnered with Micahel Silver and took on the DBA Audio High to build his own home theater and smart-home operation in Los Angeles. In 2019 Brad bought out his business partner and changed the name back to the original Symphony. 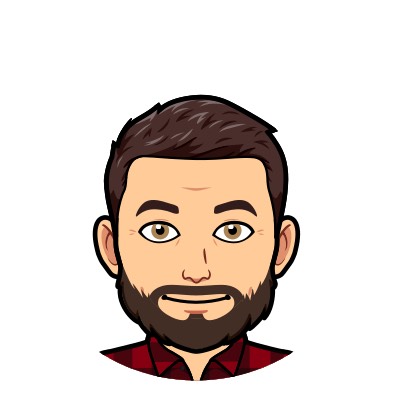 A proud graduate of Roosevelt High School in Boyle Heights, Kiki returned to school to both tutor and coach within the LAUSD school system early in his career.  He then moved on to work in construction and this knowledge of how a home is built from the ground up gave him a good foundation to build off when wiring an open framed structure as well as how to best retrofit an already existing home. Kiki leads Symphony’s largest pre-wire projects while also tackling some of the most difficult and complex installations.  Kiki has worked with Brad since 2011, and his attention to detail and incredible work ethic has led him to rise to the position of senior installer.  Despite his abilities as a problem solver, he still hasn’t figured out how to channel his all-encompassing love for the Dodgers into the energy they need to win the World Series.  He also enjoys golfing and spending time with his new baby girl. 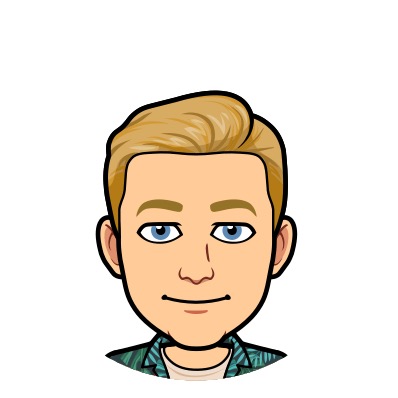 Michael was born and raised in the suburbs outside of Cleveland, OH and attended Columbia College in Chicago where he concentrated in Architectural and Environmental Acoustics with the addition of other audio classes such as Sound System Design and math/modeling-related coursework. While studying, he transitioned from being a trained drummer to a synthesizer and modular collector, as well as an audio gear enthusiast. Within his coursework, he completed projects using C#, Python and Matlab as well as various acoustical modeling programs.  During college and right after graduation Michael worked part time as a bike mechanic where he honed his skills working with his hands and mechanical tools – a crucial part of the custom projects that make up a big part of the work at Symphony.

In 2014, Michael joined Symphony and was thrown quickly into installing and programming Crestron automation systems.  His love of computer gaming as a kid and his constant desire to build bigger and faster computers gave him the foundation to build up a strong IT/networking department at Symphony as well.  For the past several years Michael has been working hand in hand with our clients in designing, budgeting, and winning projects, which he also manages through every phase of the build.  He also enjoys the satisfaction of taking the project all the way to the finish line when he programs, calibrates, and hands off the completed system to the home-owner. In his free time Michael enjoys surfing, grilling, and watching every single second of Housewives based video footage ever recorded. 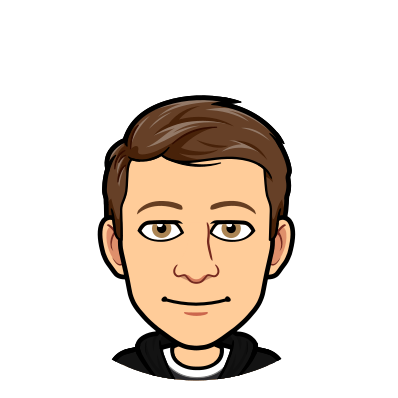 Niko was born and raised in Hammon, Indiana, outside of Chicago.  While in high school, Niko worked at Dunkin Donuts, a small Ice Cream Shop and Papa John’s pizza – serving in the fast food industry while in school seems to be a Symphony requisite.  After graduating from Lake Central High School, Niko attended Columbia College and earned a BFA in Audio Arts and Acoustics with a concentration in live sound reinforcement – graduating in 2012.

Niko worked as a freelance audio engineer and performed as a guitarist for the first few years after college.  He also had an internship at Audio Integrated Services – a live event audio/video company.   In 2015, Niko moved to Los Angeles and began working in the smart-home & audio/video industry installing systems and programming universal remote.  In 2016, Niko joined Symphony as a service technician and has now worked his way up to programming Crestron automation systems and servicing some of our largest projects. In Niko’s free time, he still enjoys producing and recording music as well as building computer and computer gaming. 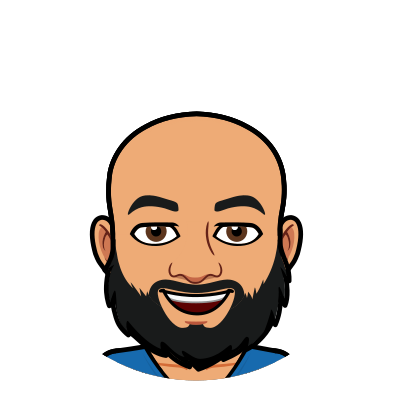 Exiquio “Junior” Uribe’s AV background started back in 1998. He attended CEDIA training and got certified in 2007. Jr also attended Panasonic phone training and became certified. He has a passion for music and has been playing mariachi since he was 12 years old. Jr has played in a number of different states and with many Mexican artists and has even been featured in a few music videos. In his free time Jr likes to breed English and French bulldogs. 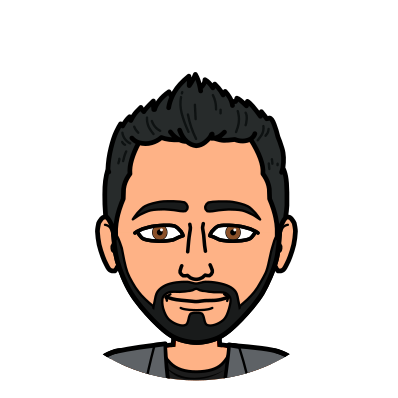 Lucas Caceres, a Los Angeles native, graduated from Arcadia High School in 2009. While pursuing his bachelors degree Lucas also worked full-time at a newly formed Pediatric Neurology office  He was originally responsible for just working at the front desk and answering phones, but it quickly evolved into converting the entire hard-copy/paper based medical record system to digital records all available online.  Beyond digitizing the medical records he implemented an IP phone system, built a custom website for the company, and handled all of their IT.  When the practice grew too big for their 1000 sf office, Lucas was tasked with negotiating the new lease, designing the floor plans and, and coordinating all renovations.

At the same time, many other medical practices required the same kind of technology upgrades, and Lucas began taking on consulting jobs helping them with their online databases, technology and communication infrastructure.  After graduating Lucas was lucky enough to travel through Europe, Argentina and the Bahamas.  Upon returning, Lucas resumed his technology consulting, and in 2016 was offered a full time position with a startup fashion brand, India Hicks, and worked there for 3 years helping build their iPhone app and website, as well as maintain all office IT and video conferencing systems.

In 2019, Lucas was referred to Symphony through a mutual friend and again wears many hats as a service technician, programmer, project manager, and help supports the IT, phones, and company website.  His hobbies include road biking, soccer, hiking, traveling, and of course fully automating his own home. 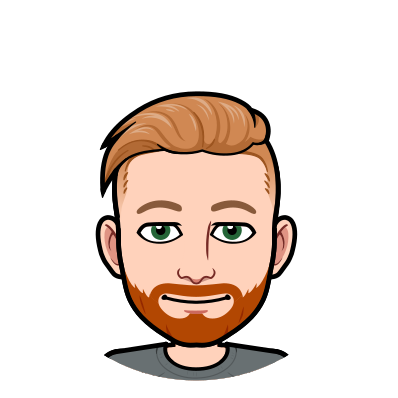 Matthew Johnson was born and raised in Naperville, IL – just outside of Chicago.  In high school he worked in his local grocery store and helped his mom with her landscaping business.  He earned a Bachelor of Science in Arts Technology from Illinois State University: focused on graphic design, sound design, speaker design, live production website design and programming.  After graduating he landed a job at a vinyl record distribution company and also worked on stage production for various performances throughout the city.

In 2014 Matthew moved to Los Angeles, CA and began working with a General Contractor using Building Information Modeling to better design, construct and manage their projects.  Then in 2015 began working as a logistics coordinator with Amazon Prime now, and then in 2017 moved onto to a key role as an HVAC service coordinator.  In 2019, Matthew joined Symphony to handle a similar role as a service coordinator, and eventually grew to handle much of the general office administration: implementing new procedures and systems to more efficiently handle these dual roles. When not on the job Matthew enjoys DJing, music production, field recording, hiking, camping and cooking. 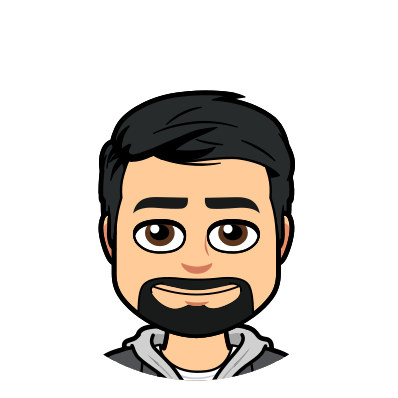 Robert is another Los Angeles native, graduating from James Monroe high school in the North Hills neighborhood of Los Angeles.  LIke many on the Symphony team, he started his career in the world of construction working with concrete and rebar building solid foundations.  His hard-work and motivation landed him a job as an electrician, where he refined his craft for 5 years working on high-end residences throughout Los Angeles and Malibu.  Robert is always eager to learn and is quickly developing into a great low-voltage installer with the help of our senior technicians.  When Robert is able to kick back and relax he most enjoys spending quality time with his wife, two kids, and long-time friends. 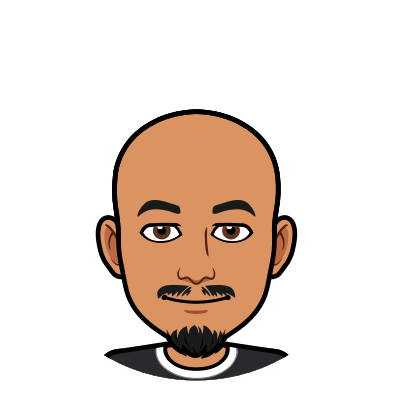 Los Angeles native Chuey takes great pride in his work.  Following in his father’s footsteps he has worked as an electrician his entire life. His first job at the age of 18 was wiring houses with a residential electrical contractor that specialized in high-end homes, and he has consistently worked in electrical ever since.  He has worked with Symphony since 2019 and stands above and beyond most electricians with his mastery of centralized and smart-lighting systems from Crestron, Lutron and Control4.  Whenever he has any down-time between family obligations (married with FIVE kids!!) and work, he enjoys a game of basketball.

Fill out our short survey so we can begin creating a custom estimate with product recommendations and installation labor estimates.